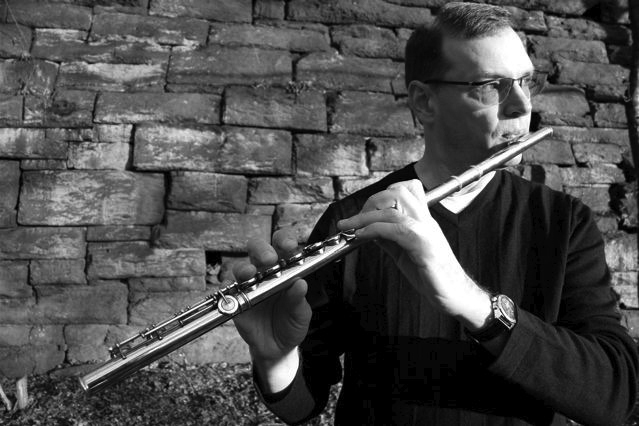 Renowned flutist and educator, Keith Underwood, will be presenting 2 masterclasses during the annual FIU Festival of Bands. Classes will be held in the Recital Hall (WPAC 150) on February 9 from 10:30am until 2:00om and on February 10 from 3:30pm until 7:00pm. Both classes include a short rehearsal of the flute choir arrangement of West Side Story to be performed with Keith Underwood. He will be available for private lessons.

Renowned flutist and educator, Keith Underwood, has been an active flutist in New York musical life for three decades. Underwood serves on the faculties of Mannes School of Music, New York University and Queens College.   Each year he travels internationally to Japan, Mexico, Italy, Brazil and London to teach workshops and performstudents hold positions with America’s major orchestras including the the Boston Symphony, the Cleveland Orchestra and the Metropolitan Opera Orchestra, to name just a few.  Globally, his students are members of orchestras in Italy, Japan, Canada, Mexico and  Brazil.  Students from all over the world travel to Keith’s studio on the Upper West Side of Manhattan for lessons, especially when an important audition is pending.

As a performer, Underwood has appeared with New York’s most prominent musical organizations including the New York Philharmonic, New York Chamber Symphony, the Orpheus Ensemble, the Orchestra of St. Luke’s.  He is solo flutist with the Parnassus and Musical Elements, Jazz Antiqu, the Arcadia Baroque Ensemble, Ufonia and  the Riverside Symphony.  Underwood has recorded with such diverse artists as Benjamin Verdery, Celine Dion, Kathleen Battle, Rod Stewart, Bobby McFerrin, and Anthony Newman.  He appears frequently on the David Letterman Show.