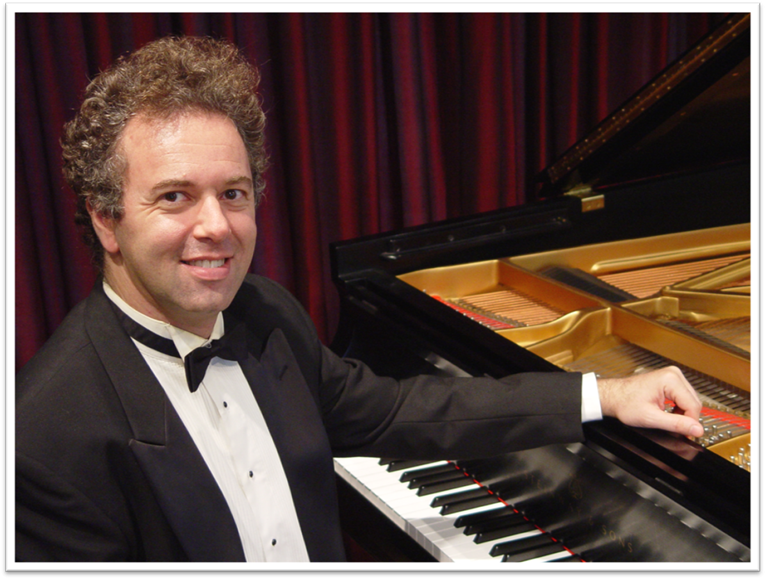 Romanian-born pianist Eugene Alcalay began playing the piano at age two and composing at age eight. In 1984, he came under the tutelage of Leonard Bernstein, who affirmed his “outstanding talent as both a performer and composer” and awarded him a scholarship at Indiana University School of Music. Aided by Maestro Bernstein, he continued his studies at The Curtis Institute of Music and then The Juilliard School, where he attained a doctorate in Piano Performance. His teachers included Seymour Lipkin, Robert McDonald, Karen Shaw, James Tocco, Milton Babbitt, and Ned Rorem.

A Steinway Artist and Fulbright Scholar, Alcalay has performed in Europe, Asia, South America, and throughout the United States, including New York’s Alice Tully Hall and Carnegie Hall. His CD, Lyrical Liszt, released by the Partita Records label, has been praised for “poetry, sensitivity . . . admirable tonal variety . . . beautiful playing throughout” (EPTA UK). An experienced teacher, Alcalay has also given master classes and/or short-term residencies on four continents. Conceptual rather than piece-oriented, his approach emphasizes interpretive and technical/physical skills, according to students’ needs and the demands of a diverse body of repertoire. As professor at APU, he is committed to providing excellent instruction to undergraduate and graduate pianists.