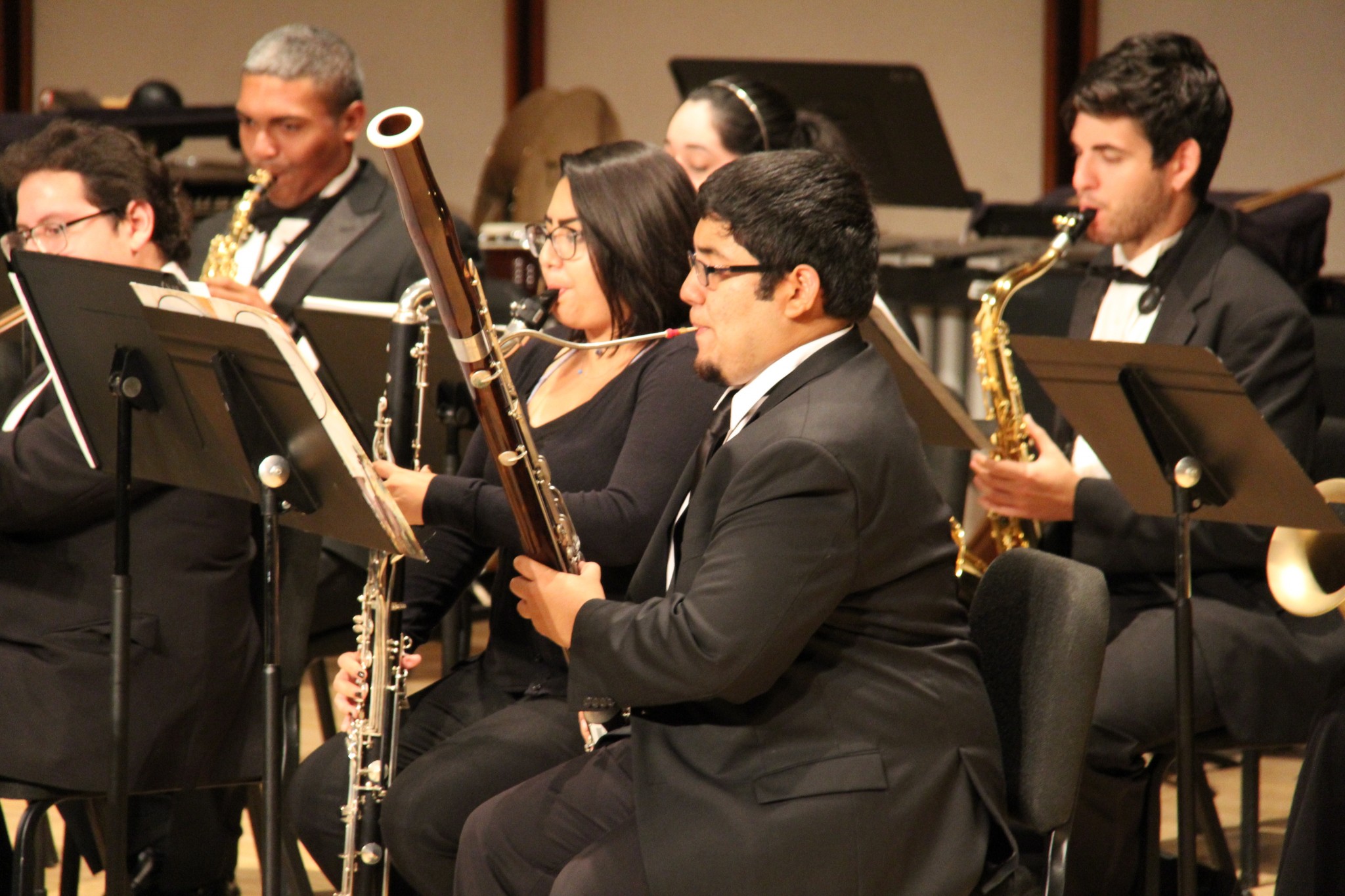 Join the FIU Wind Ensemble for an unforgettable performance of Thomas Sleeper’s WORLD PREMIERE of  Recursive Variations, a work that explores both intimate chamber music and full band with a wide variety of emotional explorations. Directed by Dr. Brenton F. Alston.

The Three Embraces by Carter Pann

Hailed by the Miami Herald “as a conductor of persuasive fluency and fiery conviction,” Sleeper enjoys an active dual career as composer and conductor. His early musical training with Daryl F. Rauscher of the Dallas Symphony Orchestra has influenced the “charged lyricism” and “singing” qualities found in his music today. Sleeper began his professional career as a member of Fermata, a group of composer/performers who presented annual series of interdisciplinary concerts throughout the state of Texas. At age 22, he was appointed Associate Conductor of the Dallas Civic Symphony and the SMU Chamber Orchestra and Opera Theatre where he began studies with Maestro James Rives-Jones. While in graduate school at the Meadows School of the Arts, he founded Perspectives, a contemporary music ensemble, which became part of that division’s curriculum.

An active guest conductor in the US and abroad, he has appeared with numerous orchestras including the Central Philharmonic of China, San Juan (Argentina) Symphony Orchestra, Ruse State Philharmonic and the China-Wuhan Symphony, which appointed him Artistic Advisor in 1993.

A strong advocate of new music, Sleeper has conducted the premieres of numerous works by American composers, including Henry Brant, Carlos Surinach, Roberto Sierra, Robert Xavier Rodriguez and Thomas Ludwig. He has recorded on the Albany, Centaur, Naxos, Cane, Irida and Vienna Modern Master labels, with excellent reviews in Gramophone, Fanfare and The American Record Guide.

Sleeper’s compositions have been performed throughout the USA, and in Europe, Asia and South America. Recent performances of his work include the Concerto for Alto Saxophone by Dale Underwood and Zoe Zeniodi ; XENIA by John Duykers and Zoe Zeniodi and String Quartet No. 3, by the Delray String Quartet Sleeper’s music for the documentary Film ONE WATER was recored by the Russian National Orchestra and has appeard throught the world both in theaters and on television.

Sleeper is a member of the Cherokee Tribe (Blind Savannah Clan) and currently resides in Miami, Florida, where he is Director of Orchestral Activities and Conductor of the Frost Symphony Orchestra and Opera Theater and Music Director of the Florida Youth Orchestra.