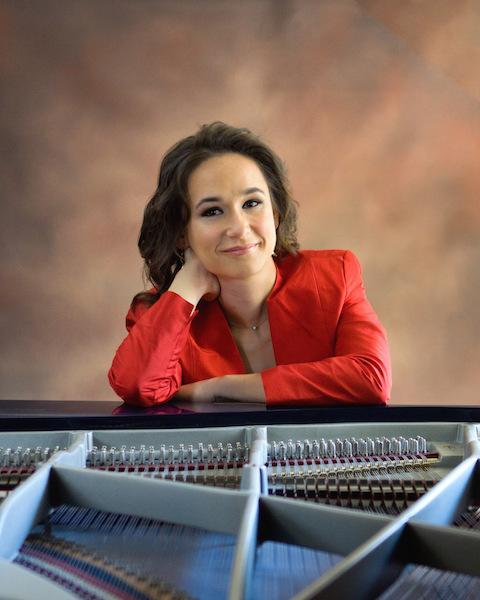 Masterclasses are open to the public for viewing. For information, contact Jose Lopez at  lopezjr@fiu.edu.

Éva Polgár is a sought after recitalist, concerto soloist, chamber musician, recording artist, educator, and adjudicator. Beyond her devotion for performing traditional piano repertoire, her creative personality shines through particularily contemporary music and multidisciplinary collaborations. Her interest in the fusion of the arts has led her to extensive collaboration with visual artist Sándor Vály. Their albums of literature and visual arts inspired experimental music are released under Ektro Records and broadcasted by the Finnish Radio.

Born and raised in Hungary, Ms. Polgár’s dedication to Hungarian culture resulted in specializing in Franz Liszt and Béla Bartók’s music. Her interpretation of Liszt’s piano works was praised by Liszt scholar Alan Walker as “A stunning performance! A real artist!” and was featured at the Hungarian Embassy in Washington, D.C., the Hungarian Culture Centre in London, and the Franz Liszt Museum and Research Center in Budapest.  Her performance of Bartók’s Three Burlesques, Op. 8, was broadcasted by the Austrian Radio.

A graduate of the Franz Liszt University and Sibelius Academy, Ms. Polgár has earned her Doctor of Musical Arts degree at the University of North Texas. Her mentors are Jenő Jandó, Hamsa Al-Wadi Juris, and Adam Wodnicki.