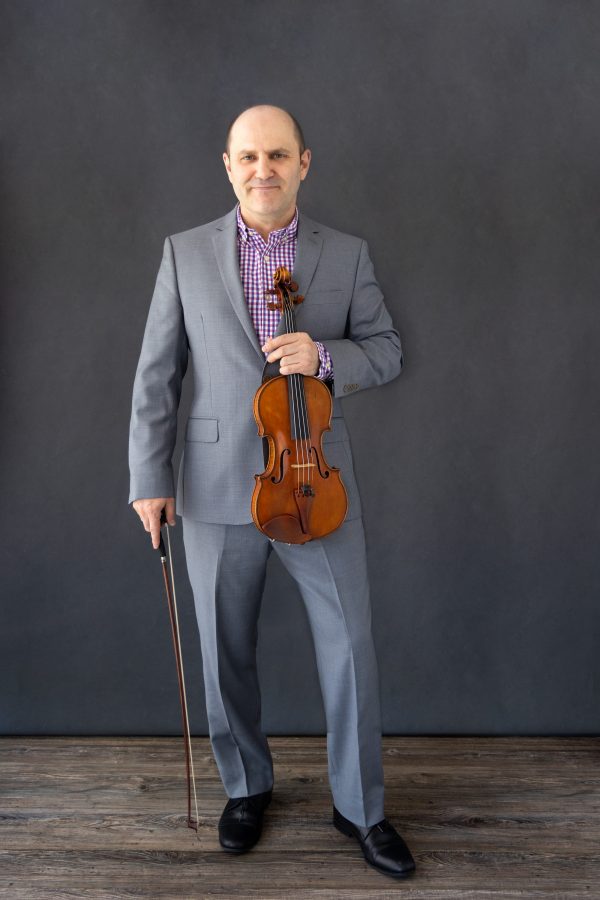 Misha Vitenson, violinist, began violin studies with his father, Yuri Vitenson, in his native city of Tashkent, Uzbekistan. In 1990, Misha immigrated to Israel and continued his studies with Chaim Taub. During his time in Israel, Mr. Vitenson won numerous prizes and awards, including annual America-Israel Cultural Foundation scholarships and the prestigious Braun Zingel Award as winner of a competition held at the Rubin Music Academy in Jerusalem.

In 1996, Mr. Vitenson continued his studies with Sergiu Schwartz at the Harid Conservatory. He was subsequently awarded top prizes in international violin competitions, including Premio Paganini (Italy, 1998) and Pablo de Sarasate (Spain, 1997) and First Prize in the 1998 Città d’Andria International Violin Competition (Italy). Mr. Vitenson was the winner of the 1999 Aspen Music Festival Concerto Competition and First Prizewinner at the 2000 National Society of Arts and Letters Violin Competition and is also both a two-time winner of the Harid Conservatory Concerto Competition and a two-time recipient of the Harid Conservatory’s Joseph Gingold Award for Excellence (1998 and 2000). Mr. Vitenson’s recent engagements have included appearances as soloist with all the major orchestras in Israel, including the Israel Philharmonic under Zubin Mehta, and the Israel Chamber Orchestra as well as with the Padova e Venetto Orchestra on tour in Brazil, the National Uzbekistan Orchestra, the Aspen Music Festival Symphonia Orchestra, the Harid Philharmonia, and the Harid Chamber Strings. Mr. Vitenson has given recitals and chamber music concerts throughout Israel, the United States, Canada, South America, and Europe. As a member of the Kinneret Piano Trio, he participated in the Isaac Stern Chamber Music Workshop at Carnegie Hall in 1995.

After receiving the Bachelor of Music from Harid Conservatory School of Music at Lynn University, Mr. Vitenson became a student of Joel Smirnoff at the Juilliard School, where he earned his Master of Music in Violin Performance. There he appeared as soloist with the Juilliard Orchestra in Avery Fisher Hall under the baton of Hugh Wolff. In the fall of 2002, Mr. Vitenson joined the Amernet String Quartet and the faculty at Northern Kentucky University as an Artist-in-Residence, teaching violin and chamber music. Currently, he is Artist-in-Residence at Herbert and Nicole Wertheim School of Music & Performing Arts.