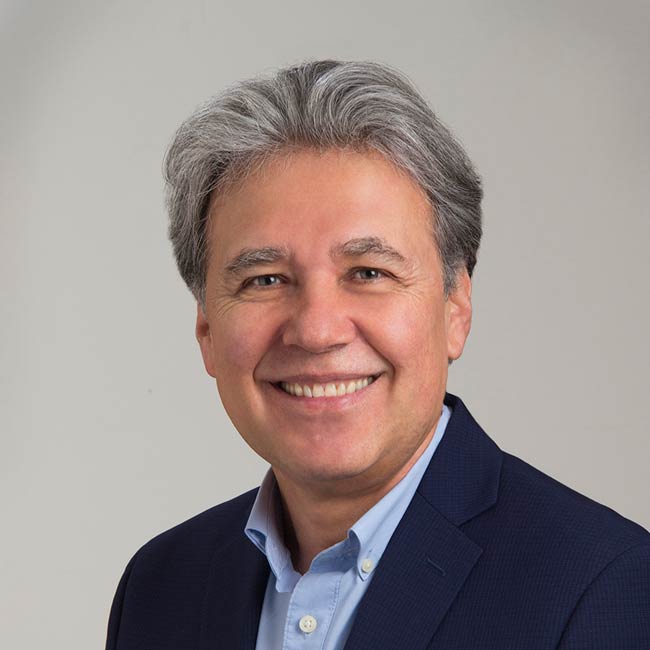 Professor
A mass media Ph.D. graduate from Michigan State University with a J.D. degree granted by the Universidad Nacional de Colombia Law School
leferrei@fiu.edu
Phone: (305) 919-4169
Office AC2 130
Dr. Leonardo Ferreira is a Professor of the School of Communication and Journalism and former director of the Andean Studies Program of Excellence of the Kimberly Green Latin American and Caribbean Center at Florida International University (FIU).

A mass media Ph.D. graduate of Michigan State University with a J.D. degree from the Universidad Nacional de Colombia Law School, Professor Ferreira is a specialist in the study of comparative media law and ethics in the Americas, Latin American communication history, and journalism for social change including ethnic and community reporting. A Martin Luther King-César Chávez-Rosa Parks Doctoral Fellow in Michigan, Ferreira has been a legal consultant to Freedom House and the Grupo de Diarios América (GDA). He has also worked with the U.S. Department of State, UNESCO, UNICEF, the Organization of American States (OAS), the Development Bank of Latin America (CAF), Fleishman-Hillard, and the Inter American Press Association (IAPA), among others. Ferreira has participated in various Latino/Latin American news shows, including BBC Mundo and CNN en Español.

Dr. Ferreira has published works in Anglo and Latin American academic journals and encyclopedias. His book Centuries of Silence: The Story of Latin American Journalism (Praeger, 2006) was a bestseller among U.S. libraries. Choice magazine of the American Library Association (ALA) called it: “Probably the most detailed account of the Latin American mass media ever written in English” (May 2007). His second book, Frames of Freedom: Press rules and jurisprudence in the Americas, will be published in 2022 (Palgrave Macmillan). He is also working on a textbook about the indigenous contribution to communication in the Americas (Native Journalism: From Pre-Columbian to Contemporary Times, scheduled for 2023). The fourth version of his trilogy on Latin American defamation and the right of privacy (chapters about Argentina, Chile, and Mexico), published in the International Libel & Privacy Handbook (Bloomberg Press/Wiley, 2013), will be released this coming fall 2022 by LexisNexis (sixth edition).