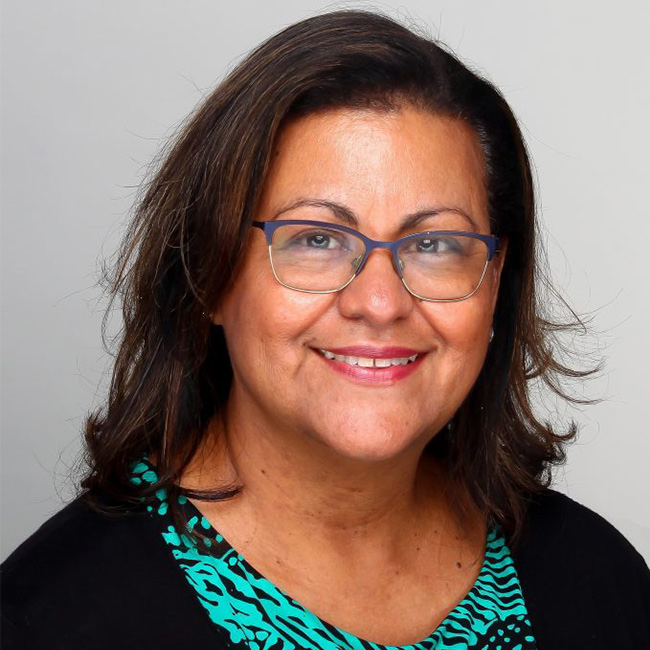 Lilliam Martinez-Bustos teaches graduate and undergraduate courses in broadcast journalism. She also teaches media courses in the SCJ study abroad program in Seville, Spain. Her research interests include trends in multimedia and Spanish-language news coverage of Latin America, immigration and other issues affecting the fast-growing Latino community in the United States. Before joining FIU in the fall of 2007, she spent over two decades as a broadcast journalist in English-language and Spanish-language television. She worked as a producer in the Washington bureaus of the NBC-Telemundo and Univision networks. She’s also worked at local affiliates of PBS, CBS and ABC in Boston. In Miami, she was an executive producer with CBS-Telenoticias network.