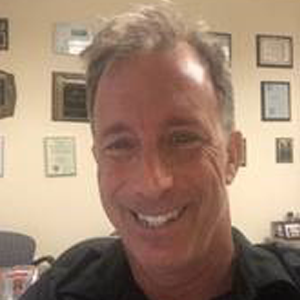 Mr. Strouse brings a wealth of experience in multimedia journalism, and an appreciation of South Florida that will strengthen the student-staffed network. He has worked at the Miami Herald, South Florida Sun Sentinel, Los Angeles Times and – for the last two decades – at Miami New Times and New Times Broward Palm Beach as editor-in-chief. He is fluent in Spanish and Russian, with an honors degree in Russian Studies from Brown University and a Masters in Spanish-Language Journalism from FIU. Strouse has been a Knight International Press Fellow in Albania and consulted for non-profit media groups across the former Soviet Union on founding a free press. He has reported from dozens of countries and spent eight years on the board of the Association of Alternative Newsmedia. And he is also a self-proclaimed "very slow" triathlete. Strouse arrived in Miami as the 1980s drew to a close and the city struggled with drugs and violence. Since then, he has seen the city grow into an international, “art-and-celebrity-filled” metropolis. “As a reporter and editor at the Herald, Sun Sentinel, and New Times, I experienced this evolution from a front-row seat,” said Strouse, “I have also watched FIU develop into something magical for the Magic City. It is part of the urban fabric. You can see this in the student body, the faculty, and the programs.” Strouse earned a Spanish-language Master’s Degree in Mass Communication at FIU and was impressed with the high-quality curriculum and teaching. “I am now proud as hell to join the faculty," said Strouse.